Adored by the Alien Assassin 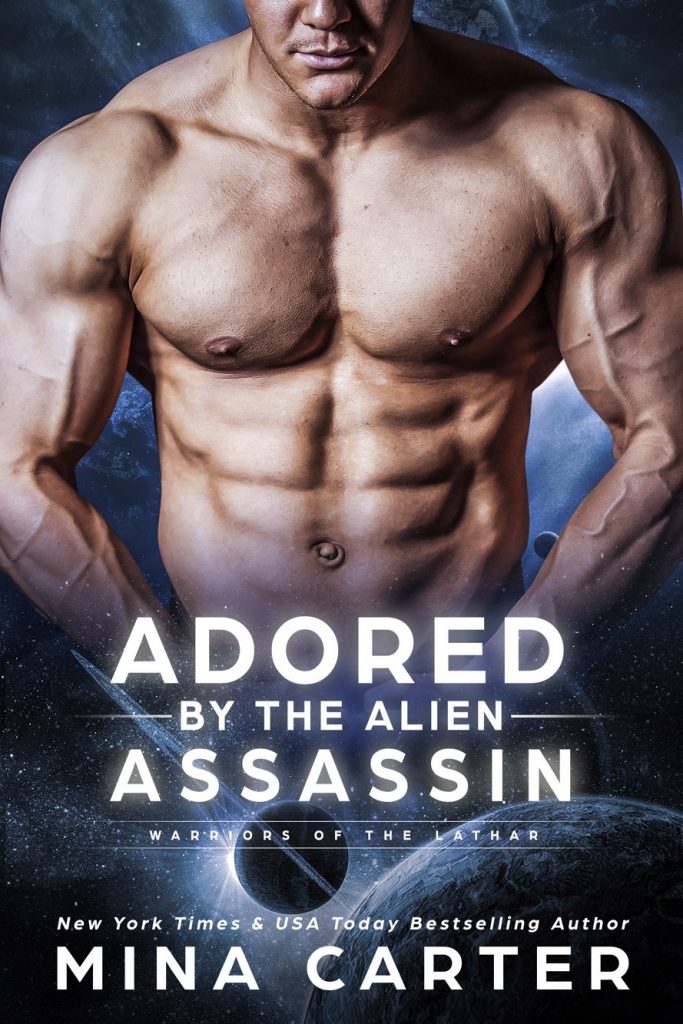 She’s a nurse, not a spaceship pilot. And why are aliens so damned hot?

Nurse Jac’s life is boring. It certainly doesn’t include aliens, unless they’re on TV. But then the shit hits the fan and she finds herself on an alien ship with her charge frozen into a giant blue ice cube.

What’s a girl to do? Kiss the hot alien, then knock him out of course. The problem is, she can’t drive a car, never mind fly an alien spaceship. Which is a problem when hostile aliens board the ship…

Rynn is an assassin. Normally. Now it seems he’s a delivery boy. Sent to earth to retrieve a sick female, he’s anticipating an easy trip. If he spends a little time getting to know the local culture… well, that’s just a perk of the job. Right?

Human females are fascinating, especially Jac, the sick female’s nurse. He’d thought the warriors who’d fallen for humans had defective genes. But Jac is something else. Tiny. Delicate. Beautiful. HIS.

When an attack puts them in danger, he escapes earth with not one, but two human females in his care. What could possibly go wrong? Apparently… everything.