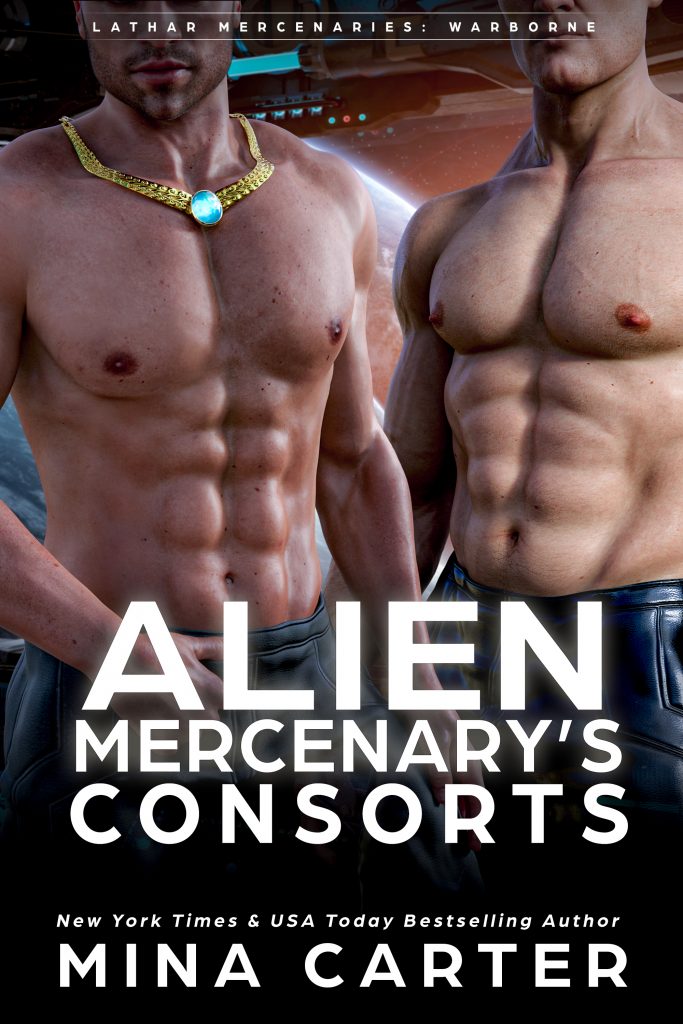 He was done with royal life years ago. One problem… it’s not done with him.

Exiled prince turned mercenary, Fin, wants nothing more than to spend his days drinking, fighting and trying to persuade his beautiful crewmate, Red, into his bed. When a summons arrives from his home planet of Navarr, his secret is out. He’s not just any prince, he’s the heir to the throne. He must return home to pay his respects and fight for his crown.

But once Warborne, always Warborne, and his crew won’t let him go into a dangerous situation without back up. Just one problem… for Red and Sparky to set foot on Navarr, he has to marry them. As his spouses though, they become prime targets.

Can Fin keep them safe and claim his birthright against a dangerous rival, or will he have to choose between them?

Fool her once, shame on you. Fool her twice, and this girl bites!

Red has everything she needs. A home on the mercenary ship, the Sprite, and her crew mates in place of the family who rejected her before she was born. She doesn’t need anything else. Especially not the handsome but arrogant Navarr princeling, Fin, or the equally handsome but utterly insane human, Sparky.

But then the proverbial hits the fan and Fin must return home, there’s no way she’ll let the two of them go alone. They’d only get themselves killed, or worse…

What’s a girl to do but pick up her blasters and hope she doesn’t lose her heart in the process?

Jayce Allen—Sparky to most—has more than a screw loose. In fact, he’s probably got a whole boxful somewhere, a fact his superiors knew when they hung him out to dry in one of humanity’s worst max-security prisons.

Since breaking himself out, he’s made a new life for himself amongst the dangerous alien crew of the Warborne. If pushed, he’d say it was all in the intests of furthering alien-human relations, but really the only two aliens he’s interested in are so far into each other that he doubts they know he exists…

But when a dangerous mission means he needs to marry them both, he can’t resist. He’ll take whatever they’re prepared to offer him. And if he gets burned… so be it.

Not signed up to my newsletter yet? CLICK HERE