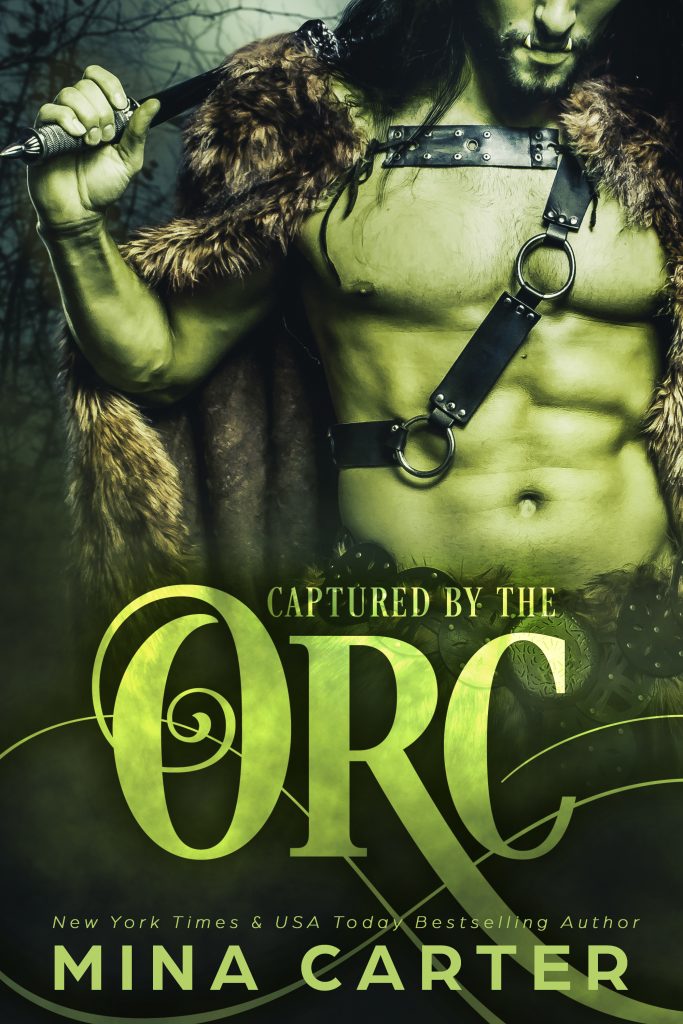 He says he’s an orc. He says she’s his. She’s still waiting for the camera crew to jump out of the bushes…

After finding her fiancé in the arms of her best friend, Kelly Kingston does the only thing a sensible woman can do. She packs a bag and hightails it to her home town in the back of beyondsville to lick her wounds. Fate, and her ancient and somewhat cranky car, have other ideas. Stranded on the side of the road, she doesn’t expect to become the bait for a monster chase through the woods nor be rescued by over seven feet of green beefcake. With an axe… and tusks… and a leather loincloth.

Convinced she’s tumbled into some kind of weird reality TV show, she goes along with his delusions. All she needs is a ride to the next town so she can call for the cavalry. Only, the makeup on that demonic monster looks way too good, and… maybe, just maybe, the big dude is her only chance of making it out alive.

Doesn’t hurt that he’s sexy, even if he is green.

If you've read and enjoyed my books in the past, p

Available now!! Fired from her job, hiding an ill

AVAILABLE NOW!! (NOT THE LAST BOOK IN THE SERIES!!

AVAILABLE NOW!! Beauty’s secret could get him k

It's Monday so lets jazz things up a bit....#funny