Hitched to the Alien General 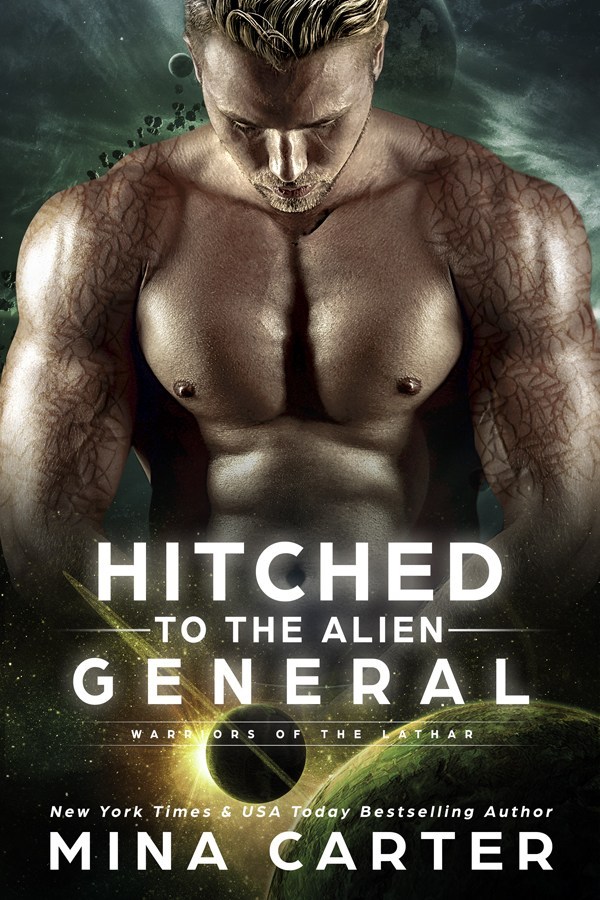 Her perfect man is a big, scarred alien war hero. Pity he only see’s her as a warrior, not a woman...Kenna Reynolds loves life in the Imperial Court. The latharian culture fascinates her, and she values the friendships she’s made amongst the sentinel women, most bonded to Latharian males, and a few with babies on the way. She wants that, but the male she wants—Xaandril, the emperor’s champion—barely seems to notice her as a woman. As a warrior yes, but she’s begun to lose all hope that he’ll ever see her as a woman...

She was his the moment he saw her. But how can he claim her when he’s less than half a warrior?

After losing his family years ago Xaandril, the emperor’s champion, never thought he’d find love again. When the first humans are discovered to be compatible, Xaan decides to leave finding a mate among them to younger males. But one of the humans, Kenna, won’t give up on him, not even when he’s grievously inured in battle.

It takes seeing her dancing with another warrior to get his ass into gear, but before he can claim her unusual readings in a far flung terran system have them heading on on a mission for the Emperor himself.

What they find is a disturbing debris field, a colony with more secrets than members and a hidden enemy. Can Xaan beat them all to save the woman he loves, or will he lose everything, including his heart, once again?