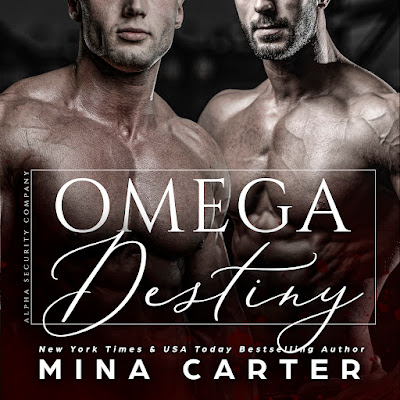 The first three novellas in the Alpha Security Company series in one volume!

Neve - No woman wants the attention of an alpha. Huge, brutal, dominant... They take what they want, no matter who, or what, it is. And now I have two focused on making me theirs.

Mason - I'm an alpha. Top of the food chain. What I want, I take, simple as. And I want her. I don't care she's a beta, not an omega. She's mine. Then her ex starts sniffing around, and he really doesn't know what he's gotten himself into. We might wear suits now, but we haven't forgotten the monsters within.

Dante - No one takes what's ours. It's suicidal. But she's gone, snatched off the street and now the monsters inside won't rest until she's safely back with us. Whatever the cost. We can't lose her. She's our light, our soul. And god have mercy on whoever took what's ours…