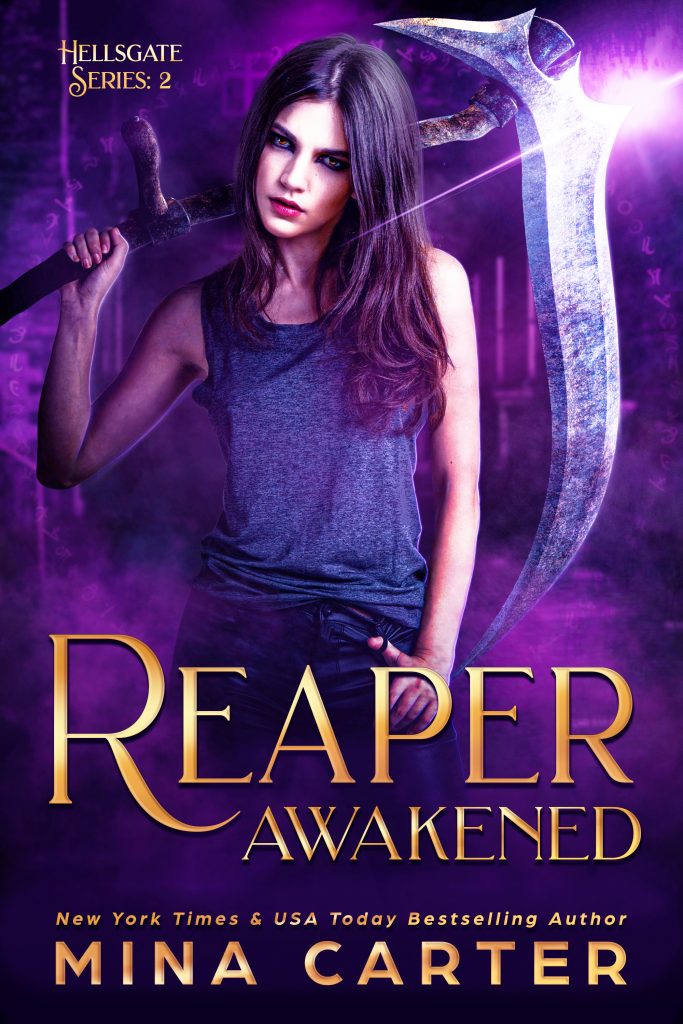 Part of the Hellsgate Series series:

Death's big business. For Laney, it's a full-time job.

Reaper extraordinaire, Laney Larson, is stuck in small-town Liberty. One, there's way more paranormal activity going on than normal for a little town like Liberty. And two, a sexy as hell cop called Troy.

When the proverbial hits the fan and they get wind of a demon break-out from the third hell, a prison even the demon king himself won't set foot in, what's a reaper to do but strap on her blades and help track the escapee down?

But when said demon takes her man, all bets are off. She’ll get him back or... death will happen.

Underage witches and a new Hellgate... What else could go wrong?

Troy had thought a warehouse full of werewolves was bad enough, but apparently, that was just Tuesday. Between convincing his girlfriend, Laney, to stick around, and tracking down an underage coven, he’s got an escaped demon on the loose.

But forces are at work behind the scenes. Troy’s job lands him in the most dangerous situation of his life and proves just how different he and Laney really are...

A Continuing Story: Please be aware that Laney and Troy’s story is a serialized romance. If you’re not a fan of the serial format, please join my mailing list to be informed when a complete bundle is available!

NB: This title was previously released under a different title and has been revised and extended.