The Vampire and the Demon Prince 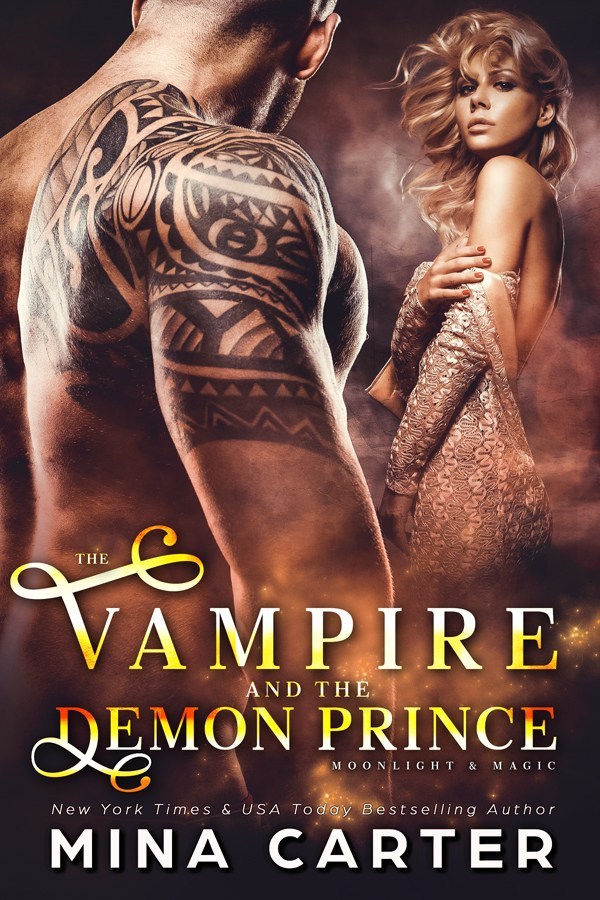 Part of the Moonlight & Magic series:

Being a demon prince ain’t all it’s cracked up to be.

Caught between the human world and the demon one, Tiny, part time bouncer at Moonlight & Magic, lives by his own rules. Mainly these rules revolve around keeping his head down and making sure none of his kind find out where he is… because Tiny’s on the demon most wanted list. Not because he’s done anything but because of who he is.

Prince Seren Di Lakai Telosa to be exact, heir apparent to the Demon throne. And a hunted man. If his father’s men find him, he’ll be dragged back to court to die of boredom. For the last three hundred years they’ve been grooming him to take over from dear old daddy. The only trouble is – the stubborn old git could last at least another millennia.

So what’s a Demon Prince to do? Get a job at Moonlight & Magic of course and keep his head down.

Unfortunately Tiny was never good at avoiding trouble and when delicate Vampiress Cassia storms into his life, Tiny finds himself tempted to break more than his personal rules…

Demonkind and the undead don’t mix well, or rather, they mix too well, with explosive results.

Please note: This title has been previously released as 'Deception & Desire'. It has not been extended.