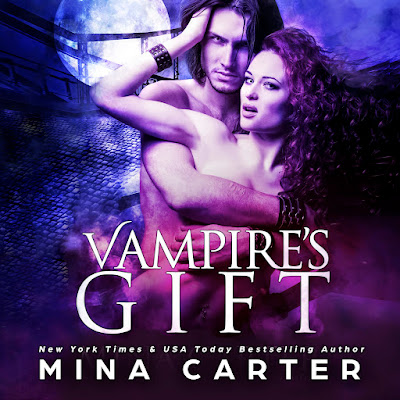 She owned the stage, until a car crash stole her future.

Grace was a ballerina… not just any dancer, but the ballerina. Renown the world over, her extraordinary talent catapulted her to the highest levels of her art and she had the brightest of futures ahead of her. Until a horrific car accident left her crippled. Barely able to walk, her heart breaks as she accepts she’ll never dance again.

A handsome stranger. An impossible cure that costs nothing… but her soul.

When enigmatic stranger Jaron Conrad tells her of a cure, Grace accuses him of being a crackpot and a quack. But could there be a possibility that he's telling the truth and, if he is, does Grace have the courage to take that chance, whatever the price?

Centuries old, vampire Jaron has always loved the ballet. Beauty in movement, it’s the only thing that stirs his long dead heart. Until he sees her. Grace Solomon… the living embodiment of everything he’s ever wanted. But her accident gives him the in he needs. His blood can cure her, allow her to dance again, but can he keep up the pretense?

She takes his blood, and shares his bed, but she doesn’t know what he is. And he daren’t tell her, fearing her reaction will be the same as his long dead wife. But a kidnapping forces him to make a decision: reveal the truth and save her life, or lose her forever…