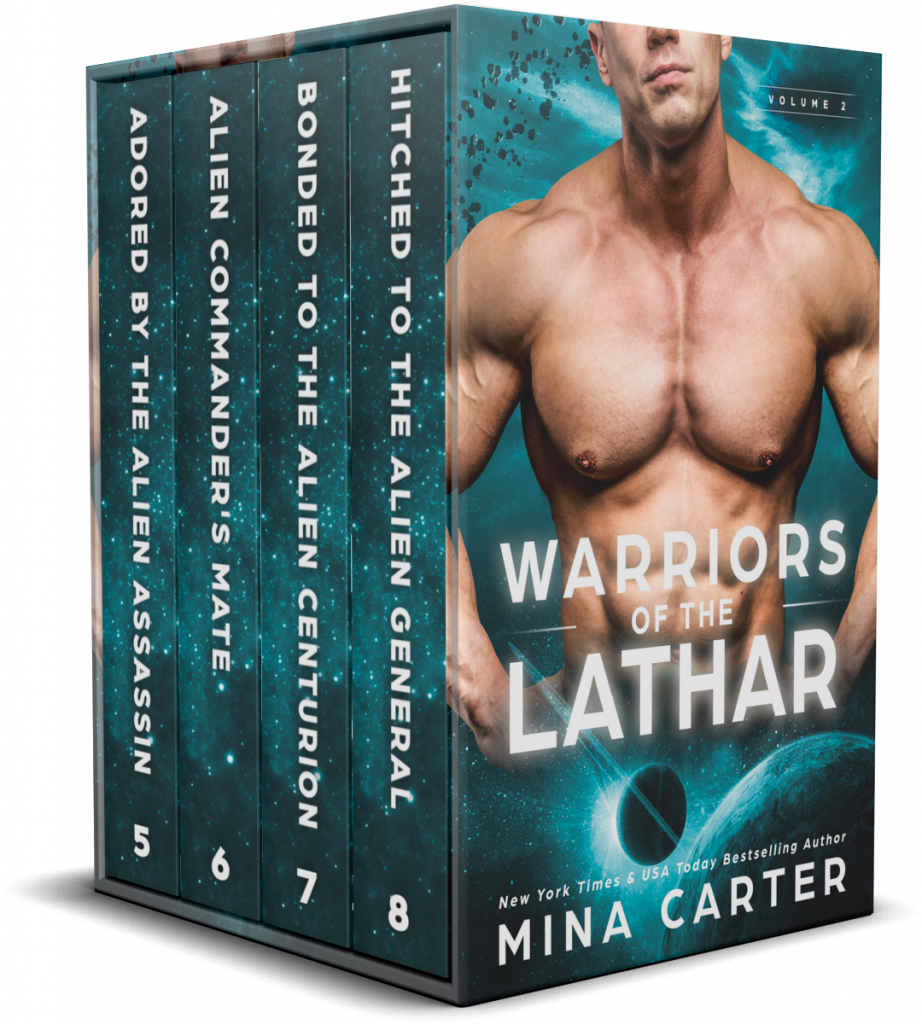 Earth girls might be popular...but they're definitely not easy.

Adored by the Alien Assassin - When aliens attack, Jac finds herself on an alien ship. What’s a girl to do? Kiss the hot alien, then knock him out of course. The problem is, she can’t drive a car, never mind fly an alien spaceship.

Alien Commander's Mate - Amanda will do anything to find her daughters… even take an alien warriors crazy deal and marry him.

Bonded To The Alien Centurion - 'Behind enemy lines' on a diplomatic mission, Dani finds herself in an alien challenge circle fighting for her freedom. It’s all going well, until a sexy alien steps into the ring…

Hitched to the Alien General - Kenna's perfect man is a big, scarred alien war hero. Pity he only see’s her as a warrior. Can she finally make him see her as a woman, before a cannibal alien tears them apart forever. Literally.

**This is a boxed set of books 5 - 8 in the Warriors of the Lathar series. If you own these titles individually, DO NOT purchase this book.**