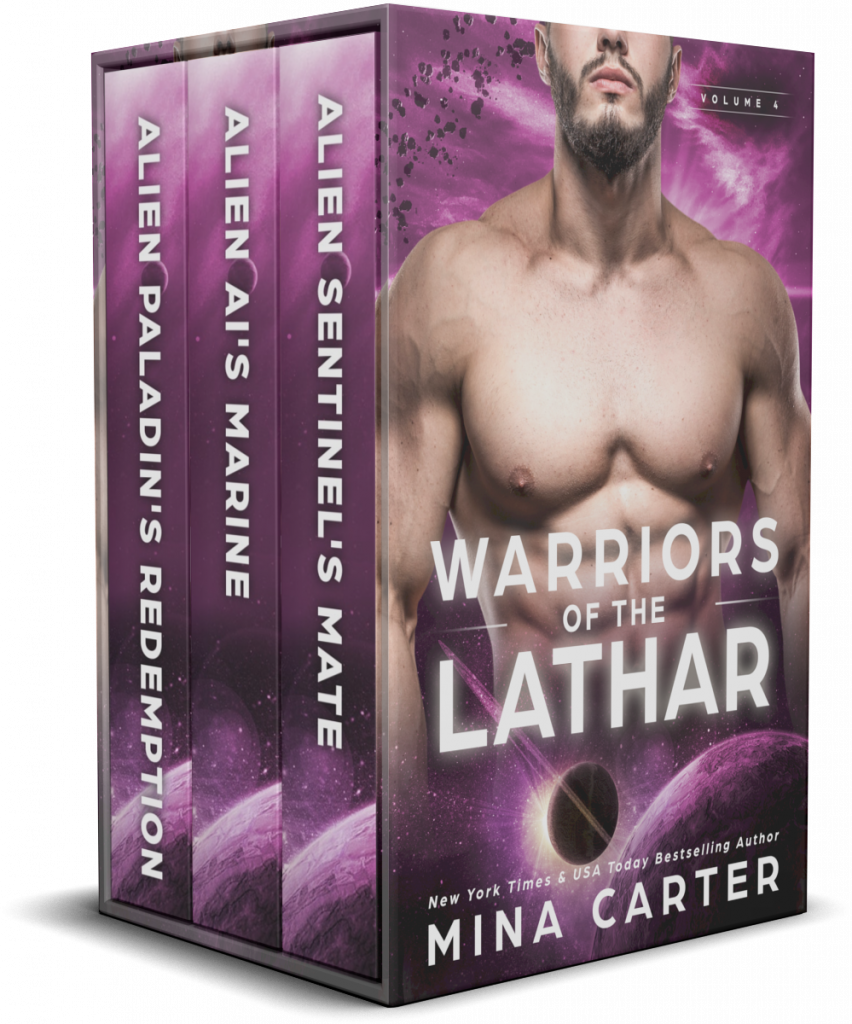 - Amazon- Googleplay- Kobo- Barnes and Noble- Books2Read
Part of the Warriors of the Lathar - Boxsets series:

Earth girls might be popular...but they're definitely not easy.

She knew aliens existed. She didn’t expect them to be so damn HOT! He seeks redemption for his sins. Love and a mate are not on the cards…

He's the lone human male in a sea of lethal alien warriors. He's either gifted or suicidal... She never wanted a body. Until she met her human marine.

Being rescued by aliens doesn’t mean she’s going to marry one… not unless he’s hot. Asking would help too. She’s his, but with tainted blood, how can he claim her?

**This is a boxed set of books 11 - 13 in Warriors of the Lathar series. If you own these titles individually, DO NOT purchase this book.**