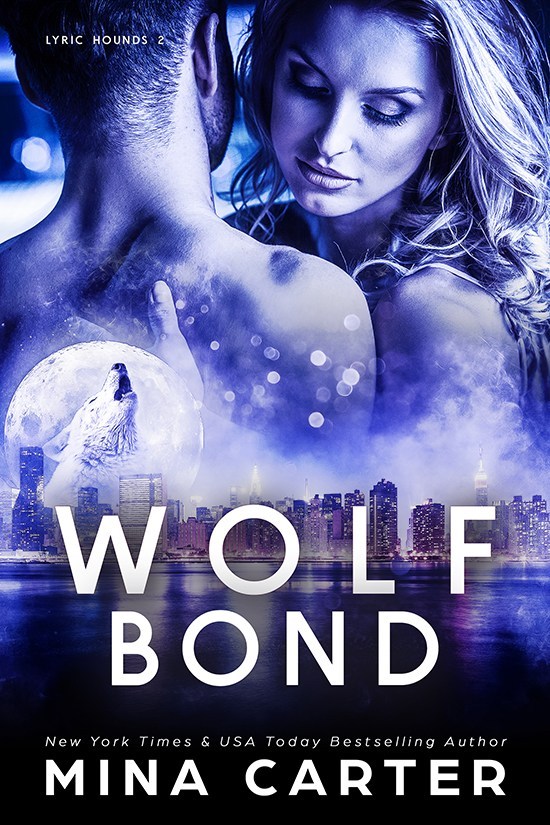 Part of the Lyric Hounds series:
He’s the man of her dreams… her nightmares that is.A car crash left her with nightmares… of a life she never had and a man that’s not hers… and werewolf Saxon Reeves can’t shake them. She dies, even though a human soldier tries to save her, night after night. A human soldier she can’t get out of her head.

When her family pushes her to mate with a wolf from a neighboring pack, she decides to take one night, just for herself, and contacts an exclusive dating service. The last thing she expects when she walks through the door is to come face to face with her the man from her dream… Her hot, sexy soldier.

He lost the love of his life in blood and sand…

Former spec-ops soldier Barrett Simmons, head of security for the world famous rock band Lyric Hounds, is sick of the band’s less-than-subtle matchmaking attempts. Since the woman he loved was killed in action, his heart has been as dry and dusty as the sands she fell on, and he doesn’t have anything to offer a woman other than the shell of the man he once was.

Railroaded by his sister into a blind date, he’s trying to think of an excuse to get out of it when his date arrives. Small, curvy and a werewolf, she’s a ghost from his past and knocks him off his feet. His lover, back from the dead, or is she?

Death couldn’t keep them apart… but family lies, pack honor and a challenge to the death could end their happily ever after before it’s begun…