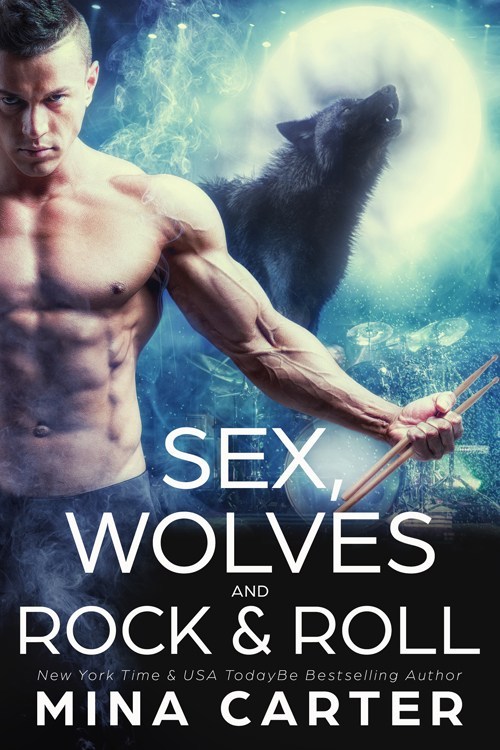 Part of the Lyric Hounds series:
Rockstar. Sex God. Werewolf.Trent Savage has it all… apart from the one thing he really wants. His mate. The trouble is, the man Sav wants, the one who smells like home to him is none other than his band-mate, Karlan Rixx. The epitome of the playboy rocker, he’s sexy and gorgeous with the feral edge of a werewolf that gets Sav’s motor running every single time.

And he’s straight, a new woman in his bed every night. And it’s tearing Sav apart.

Unable to bear it anymore, he leaves the band, even though music is the one thing that keeps him sane. But anything's better than seeing the man he loves — his mate — and not being able to touch. Ever. He’s loved Karlan since they were young. Now he must face forever without him…

K loves being a Lyric Hound. The only time he truly feels alive is on stage, a guitar in his hand and the beat of Sav's drums flowing through his veins. He may be a womanizer, but it's the other wolf who makes his heart pound and his body ache. He knows Sav has a thing for men, pretty boys usually, nothing like K…

But before K can decided enough’s enough and admit how he feels, Sav leaves. The band, their world… him… When nothing and no one seems to be able to track him down, K has to resort to extreme measures to forget the unforgettable. To forget Trent Savage.

But fate might have other ideas. Throw in a dating service and a log cabin, and these two stubborn wolves might just have a chance at their happily ever after…

Part of the Lyric Hounds series:
He’s the man of her dreams… her nightmares that is.A car crash left her with nightmares… of a life she never had and a man that’s not hers… and werewolf Saxon Reeves can’t shake them. She dies, even though a human soldier tries to save her, night after night. A human soldier she can’t get out of her head.

When her family pushes her to mate with a wolf from a neighboring pack, she decides to take one night, just for herself, and contacts an exclusive dating service. The last thing she expects when she walks through the door is to come face to face with her the man from her dream… Her hot, sexy soldier.

He lost the love of his life in blood and sand…

Former spec-ops soldier Barrett Simmons, head of security for the world famous rock band Lyric Hounds, is sick of the band’s less-than-subtle matchmaking attempts. Since the woman he loved was killed in action, his heart has been as dry and dusty as the sands she fell on, and he doesn’t have anything to offer a woman other than the shell of the man he once was.

Railroaded by his sister into a blind date, he’s trying to think of an excuse to get out of it when his date arrives. Small, curvy and a werewolf, she’s a ghost from his past and knocks him off his feet. His lover, back from the dead, or is she?

Death couldn’t keep them apart… but family lies, pack honor and a challenge to the death could end their happily ever after before it’s begun…

Rocked by her Aplha 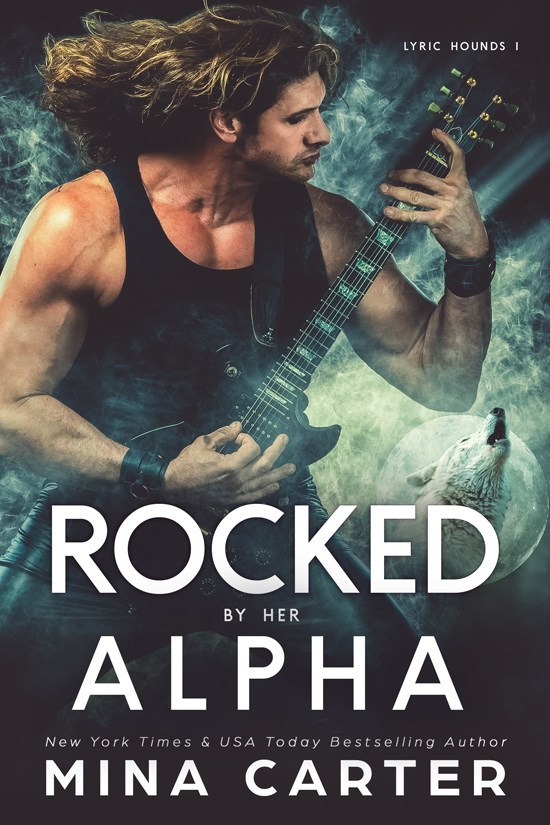 Part of the Lyric Hounds series:

Her ideal men are long dead, but apparently it’s time to get back to the land of the living.

Archeologist Melody Simmons spends her days sifting through shit…fossilized werewolf shit. Since her last romance ended badly, she’s been off men… the ones that haven’t been dead for a couple of hundred years anyway. Close to proving that her current site is significant, she is blindsided when her cousin books her a blind date through an exclusive agency.

Knowing some battles are better left alone, she doesn’t expect much… a nice meal and an overnight stay at a fancy hotel… instead, she finds her date is hotter than hades and better yet? He’s a werewolf. A lean, muscled, longhaired alpha werewolf she suddenly wants to test all those theories about werewolf stamina with…

He wants a woman who doesn’t know who he is, he doesn’t expect to find his mate.

Werewolf rockstar and lead singer of the Lyric Hounds, Aaron Rixx has it all. Talent, fame, riches… but he’d give it all up for a woman who sees the man and not the rockstar. In a fit of… something, he books a date with an exclusive and very discrete agency. At the very least, he might get a night of sex and some alone time to write and compose new material for the band.

The instant he meets his date though, all bets are off. She’s small, curvy, beautiful… and the one thing he never thought he could have: his mate. Now all he has to do is convince her of that.

But missing siblings and car accidents conspire to keep them apart, and he loses her. Can he find his mate again before a crazy fan decides that the best way to remove the competition for his affection is permanently?

**Previously released with a different publisher under the title 'Melody's Wolf'*